Which 2020 games are you most excited about?

As the title says, what are the upcoming releases that you are aware of and most excited about getting into your hands this year?

For me, the #1 has to be Kanban EV, then the new deluxe edition release of Yedo and thirdly Seasons of Inis, which probably shouldn’t be on this list, but I have yet to see it for sale anywhere, so ¯_(ツ)_/¯

Oh, and I am also looking forward to learning more about Ride the Rails, which is the second game in the Iron Rail series that was started by Irish Gauge.

Edit: I forgot to add Azul: Summer Pavillion, which is definitely on the list as my wife and I really liked the first one in the series (Sintra, not so much). And same with this as the Inis expansion; haven’t seen either in stores yet.

Another cheat answer is Root coming back to retail.

Quantified should be on Kickstarter sometime this year.

I’ve been interested in this one since the SUSD boys talked about it on a podcast.

I’ve been avoiding all talk of this game because it seems so specifically targeted at me. On Friday I read an early play review and now I’m thoroughly in.

This is a bit of a cheat since I bought it in March of 2019 and it’s a second edition, but Mothership should hopefully be arriving in late February (likely in March) and I really can’t overstate how excited I am to get it into my grubby hands. I went all-in on this one, so it’s coming with the base game, the XL map, 2x extra player pieces (pushing it to a possible-if-not-recommended max. 8 players), both expansions for it, and a handful of extra planets and moons. It’s a sandbox, beer-and-pretzels combat game with multiple modes of play and I’m hopeful it’ll be as dumb and fun as I anticipate.

The rest of my anticipation goes to games that aren’t directly new:

So far, the only thing that has got me interested is, at the moment, more Gloomhaven with Jaws of the Lion

Mostly, so I can get my gf into Gloomhaven and corrupt another soul!

Please explain this tasty thing? Where what who?
Edit: I only just read the news. Now I have to add the new Kanban to the list. it is time we get a car themed game into our collection that is not a racing game

Yep, hanging out for that. And the Frosthaven Kickstarter is supposed to launch some time… Soon?

Also Seasons of Inis. Cause it’ll be neat.

As mentioned elsewhere and seen on BGG Forums there will be a Kickstarter in March or so for a new version of John Company that will be accompanied by a reprint of Pax Pamir 2 if I read the post at the link below right: 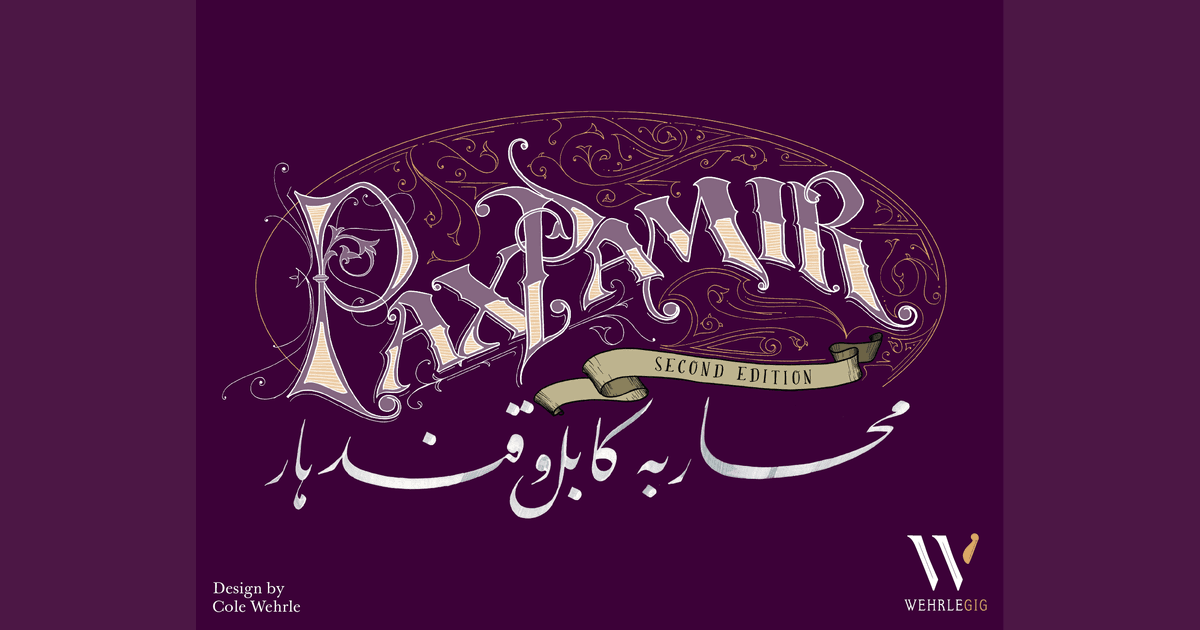 I sent an e-mail to wehrlegig about the state of a reprint for the Pax Pamir second edition and drew kindly responded with this gem [q]Happy New Year to you! We are all sold out, but later this year we'll have another printing. We are going to

Granted neither is new. But but… I tend to get more excited about games that have already Proved themselves coming back in print these days.

I’m looking out for a Pax Renaissance reprint

I, too, am interested in John Company and Pax Pamir 2nd.

Though, I should probably research them a bit more before committing to anything.

Two Cthulhu Wars expansions - Bubastis and Daemon Sultan coming to retail. My copy of Die Macher will be here soon! Bites, too, which is an old school game - a reimplementation of Big Points.

When is the Tajuto english release?!

I’m skipping Rococo. I like it, but not enough.

Quantified should be on Kickstarter sometime this year.

Hot damn. I don’t care if it’s unproven game. I’m backing this. I met the designer a couple of this - both in UKGE and Essen, had a demo of it, and had a nice chat with the designer, and I felt emotionally invested on this already. I don’t care, critical part of my brain! I will believe this one time!

EDIT: had a demo of it - I didn’t playtested it

I’m building up enthusiasm for Rallyman GT (which should deliver any day now).

I saw this pop up somewhere else and now I’m, at least, tracking its progress. K&K is a duo to keep an eye on.

Oath and Fort are my two big ones for the year.